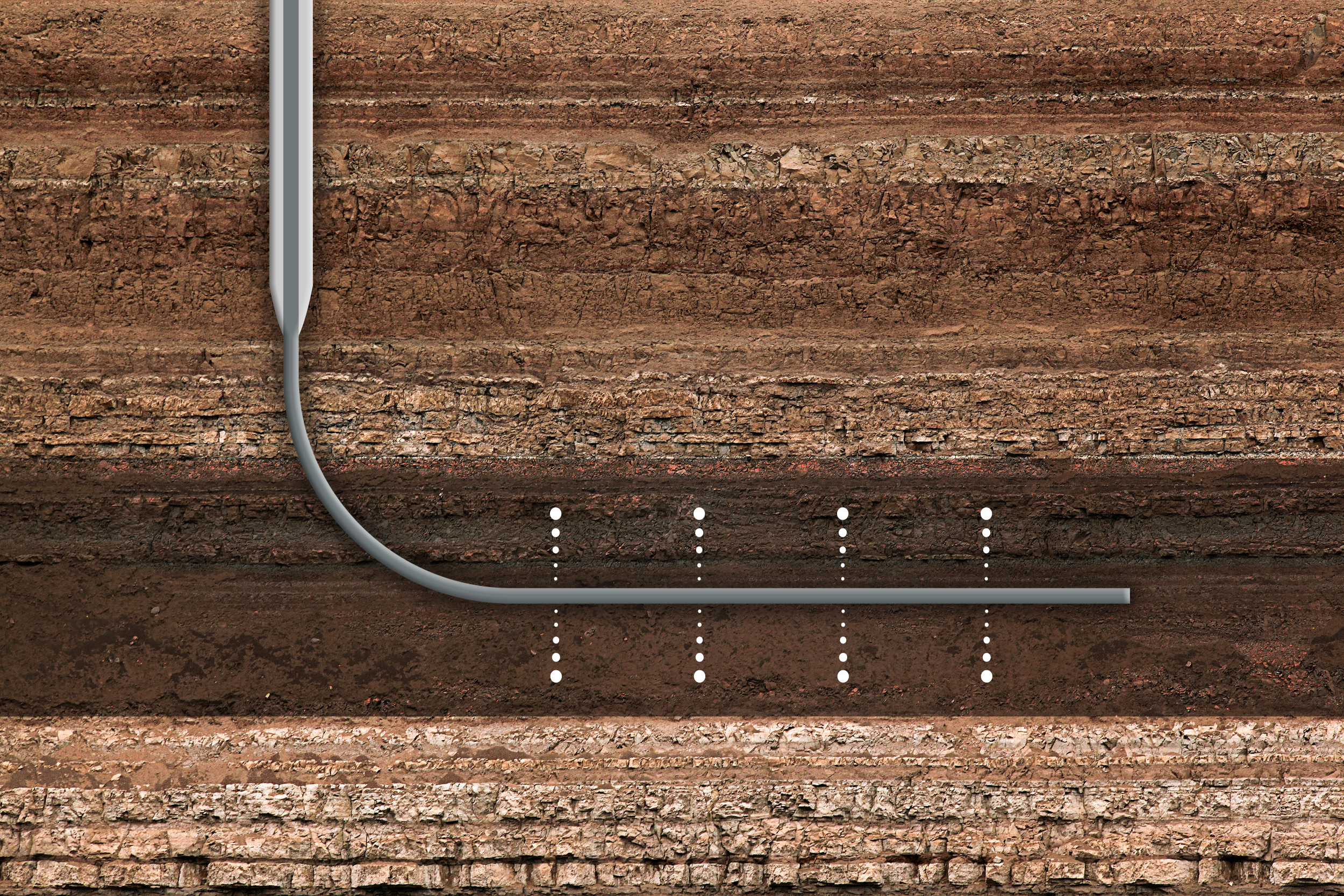 HORIZONTAL DRILLING.
The development of steerable drilling systems in the 1980s and a series of enhancements that followed allowed drillers to start vertically, then ‘kick off’ horizontally through thousands of feet of petroleum-rich shale. Since the late 1990s, these systems have continued to improve with ever-increasing accuracy and efficiency.

Horizontal drilling allows operators to efficiently produce energy resources while using fewer rigs and occupying less surface area. Wells can be drilled as much as 10,000 feet (approximately two miles) underground and another 10,000 feet (or more) horizontally- or lateral.

Watch the animation below to learn more.

HYDRAULIC FRACTURING.
Hydraulic fracturing has been a critical part of oil and natural gas production for more than 50 years. It’s the process of using water, sand and additives to fracture shale rock formations, unlocking trapped oil and natural gas that would otherwise be impossible to reach.

THE POWER OF TWO TECHNOLOGIES COMBINED.
On its own, hydraulic fracturing made it possible to fracture shale formations to release their oil and natural gas at a given point and depth. But it was in 2006 when producers cracked the code. By combining hydraulic fracturing with horizontal drilling, they were able to access multiple layers of oil shale in several directions – through a common well. One horizontal well could do the work of several conventional vertical wells. This breakthrough signaled the beginning of the shale revolution.